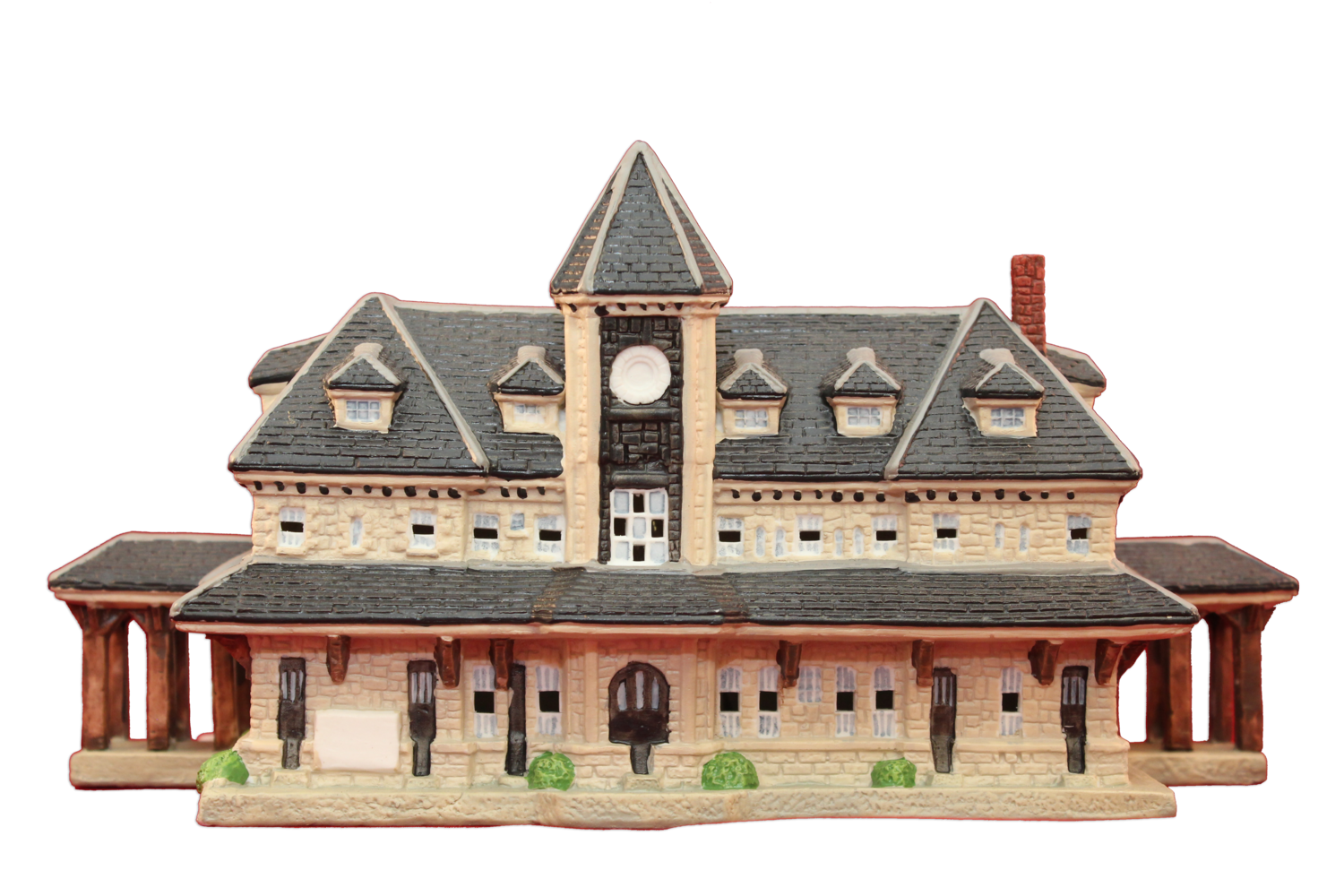 The Katy Depot (20th and Broadway)

Construction cost was $100,000. The citizens of Parsons placed a large clock in the tower which could be seen from almost every part of the city. This Parsons landmark burned to the ground on March 18, 1912.

This limited edition building was released in 2002

Save this product for later